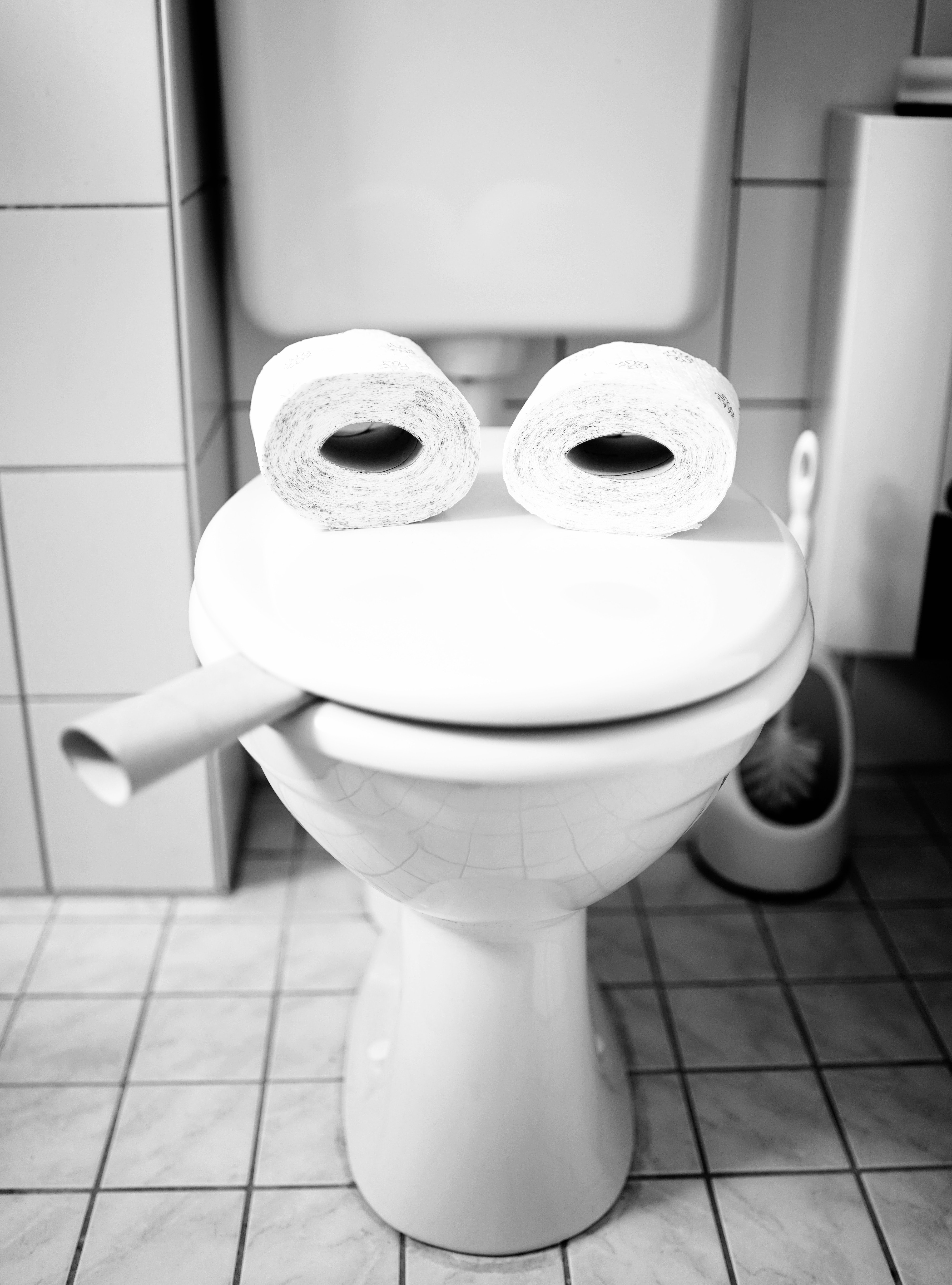 I’m in the industry and I don’t give much thought to the beauty of modern plumbing and the benefits of the modern toilet. Who does?

Nobody thinks much about indoor plumbing and how far it’s progressed until something goes wrong.

But if we consider how important our toilets are for our health, our convenience, and our dignity, we might appreciate how far they’ve come.

Here are six fascinating facts you might not know about your toilet – but you should!

ONE: Toilets have been around for nearly two thousand years.

Archeologists researching the ruins of Pompeii, the ancient Italian city buried under nine feet of volcanic ash in the year 79 CE, (Common Era), have found fifteen different toilets on the upper floors of the preserved homes.

Almost two thousand years ago, toilets had already been developed as a way of getting rid of the nasty stuff. However, the toilets of Pompeii did not dump into the sewers. The Romans had developed sewers to carry rainwater away, so it was a separate system that  took waste away. The toilets dropped their loads directly into a cesspit.

TWO: Hanging clothes near the toilet was thought to keep fleas off of them.

Near the end of the 1500s, toilets existed in Medieval castles. They were placed in a tiny little closet-like room off the bedroom. The toilet dropped down a vertical stone column built on the outside of the castle and usually just dropped the waste on the ground below, although sometimes, it emptied into the cesspit or the moat.

Those tiny rooms were called “guarderobes,” which translates just like it sounds: “Guard one’s robes.” The people believed that if you hung your clothes inside that room, the ammonia smell from all the urine would infiltrate your clothes and keep the fleas away. (Yuk. We just don’t know how good we’ve got it, do we?)

THREE: Toilets were not always private.

What we think of as a private, solitary, intimate activity was not always so. It used to be more of a community event. Picture long, concrete slabs with twenty holes positioned next to each other, about two feet apart like this public privy in Italy. 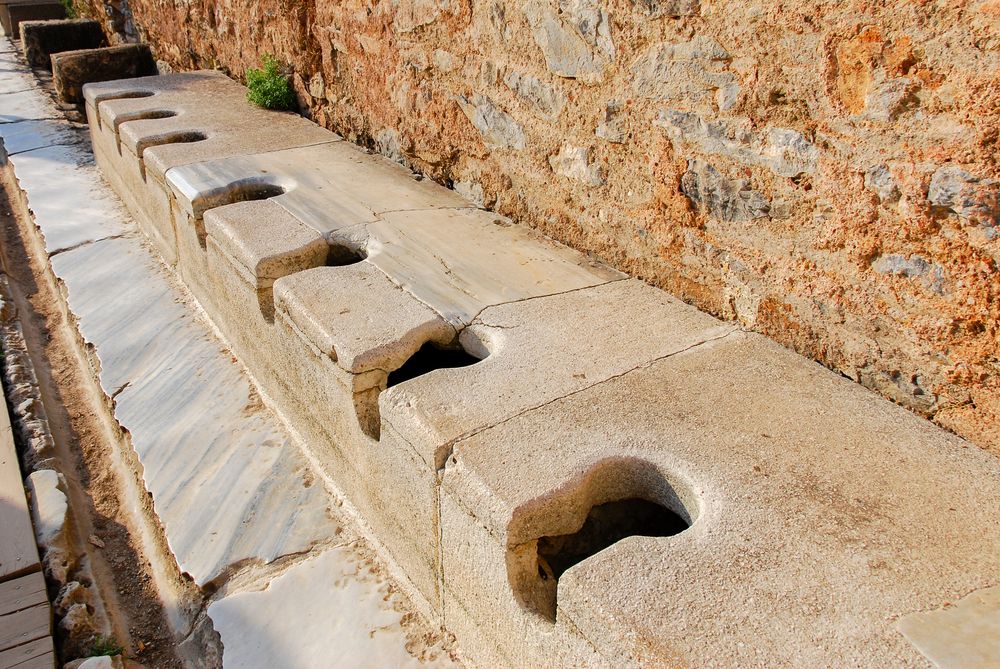 The toilet was showcased in a recent architectural exhibit. The curator said,

“the modern toilet is the fundamental zone of interaction on the most intimate level between humans and architecture.”

“Intimacy,” however, was not always a part of the pooping package as the community toilet above demonstrates.

(And what did you do at a community toilet before the advent of toilet paper? You shared a wet sponge-on-a-stick that got passed around to whoever needed it.) Yuk, yuk, and double yuk.

FOUR: Your flushing toilet was designed by a poet.

More than four centuries ago, Queen Elizabeth I had a godson named Sir John Harington. This guy was an author and poet who couldn’t stop writing lecherous limericks and risqué stories. His work was so ribald, that he got kicked out of court.

But then he had spare time. He must have still been thinking dirty thoughts – or maybe about how to rid himself of them - because he concentrated on developing a flush toilet that pushed waste away with water.

Sir John Harington developed the basic design for the toilet we still use today.

Even now, people still refer to the toilet as “The John.”

FIVE: Your toilet doesn’t smell because of an S-Valve.

It’s weird, but the toilet was improved piece by piece, not by engineers, but by civilians who were just trying to improve one of the best inventions ever. A Scottish watchmaker named Alexander Cummings hated how the sewer gas smell would rise up into the toilet bowl from the straight pipes, so he created the S-Valve in 1775.

It was a kind of compromise. The S-Valve keeps the smell contained below, but it does sometimes have a tendency to clog from solid materials that get stuck in the dip of the “S.”

(If this happens, call us at ServiceOne Air Conditioning and Plumbing.!)

SIX: Your toilet goes by many names.

If you think about it, you can probably come up with lots of euphemisms and alternate names for “toilet.” There’s “the john,” the pot, the head, the water closet, and the “porcelain bus.” But I have to admit that all the times I heard my friends from England call the bathroom, “the loo,” I never knew why.

“The Loo” is the shortened term for the French phrase that means “Watch out for the water.”

No matter what your plumbing needs are, no matter how old your toilet, how smelly your bathroom, or what you call your toilet, the professional plumbers of ServiceOne can fix your problem. Call us.