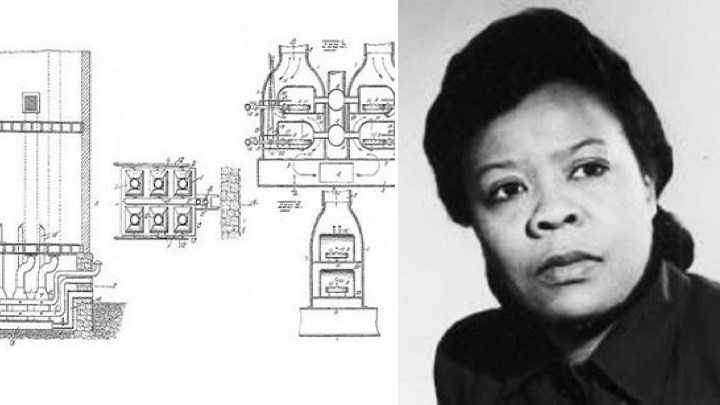 I’ve said it before and I’ll say it again.

Even in Florida, we need a furnace to ward off the damp chill. Even though the summers are sultry, winters can blow frigid air and make our homes cold and uncomfortable.

But did you ever think about who is responsible for designing and patenting modern central heating?

You can thank your warm home on an African American woman named Alice Parker.

The Beginning of Heated Homes

Think about this. Human beings have always sought warmth. Scientists think that humans started using fire to cook food in 1,900,000 B.C. (Wow. I can’t even get my head around how long ago that was!) Archeologists have found that 100,000 years ago, people were building homes with openings in the roof so that a fire could be built in the center of the structure.

By 3000 B.C., settlers in the Slavic country of Romania had developed braziers to help warm their homes.

Five hundred years later, the Greeks in the ancient Roman Empire created a radiant heat system. They put pipes in the ground that circulated air that had been heated by a fire.

Sadly, when Rome fell, so did a lot of their advancements, and the early central heating they developed disappeared.

It took another thousand years or so before radiant heat made a comeback. European monks started using wood-burning furnaces to heat water from a diverted river.

Four hundred years later, a Frenchman did something that dramatically improved the heating ability of a fireplaces everywhere. It seems simple now, but it’s always that way with progress. In 1624, Louis Savot improved the heated airflow output from a fireplace by building a raised grate.

In 1741 or 1742, one of America’s premier statesmen, inventors, and writers, Ben Franklin, created the Franklin Stove. The stove that bears the name of its creator was basically a metal fireplace with air vents in the back. The Franklin Stove was more efficient than the open-brick fireplaces of the past because it burned less wood and emitted much less smoke.

In 1883, the creator of the light bulb, Thomas Edison, invented an electric heater. Two years later, a man named Dave Lennox designed and sold the first riveted steel coal furnace, and much of the nation switched from wood-burning to coal-burning heat.

By the late 1800s, radiators were commonplace. Made of low-cost iron, these radiators made it possible to team with a coal-fired boiler that would heat water and push hot steam out of the radiators to heat homes.

It actually makes me a little mad that Alice Parker isn’t a household name because we owe the design and the patent of modern central heating to this woman.

Born in 1885 in Morrison, New Jersey, Alice Parker was a smart, educated, African American woman. In 1910, records show that she graduated with honors from a co-ed, traditionally black Howard University Academy that had been founded in 1866.

Very little information exists about the life of Alice Parker. We do know that based on census records of time, she spent time as a cook in a New Jersey home where her husband served as a butler.

Maybe while she served as cook at the home, she was cold all the time. Maybe she missed the academic rigor of her earlier studies. Maybe the master or mistress of the home asked her to think about what she could do to improve the heating. Maybe her brain just couldn’t stop thinking about ways to solve problems.

All we know is that Alice knew a fireplace was not enough by itself to heat a house. She engineered a gas-powered furnace and a system that would distribute heat evenly through individual ducts. She used cold air, pulled it into a heat exchanger, and pushed the resulting warm air into the ductwork. Creating a system based on individual ducts allowed her to “zone” her heat and control where it went.

In 1919, decades before Women’s Liberation and the Civil Rights movement, Alice Parker, a black woman, filed for a patent on her furnace. On December 23, 1919, her patent was granted, No. US132590A.

Her furnace lessened the house and building fires that were so prevalent at the turn of the century.

Her design paved the way for efficient home heating by using gas instead of wood and coal.

Her invention instigated others to refine zone heating, thermostats, and forced air furnaces.

One hundred years after Alice Parker received a patent on her furnace, the National Society of Black Physicists honored her invention as “a revolutionary idea for the time that conserved energy and paved the way for central heating systems.”

It seems like someone who contributed so much to our modern conveniences and ease-of-life would be remembered.

However, few records exist that describe Alice’s life. Even the date of her death is unknown. Some people believe that she died in 1920, and in a strange irony, suggest that her death was due to thermal shock, a condition that occurs when there’s a large and rapid change of temperature to the body.

Sadly, most people don’t know what Alice Parker did for our world.

But if you appreciate having heat, controlling temperatures in different rooms, or using gas instead of chopping wood or shoveling coal into a hot metal stove, then you need to thank the designer of our modern central heat systems.

Here’s to you, Alice Parker!

ServiceOne is here to help heat you up!

If you’re ready to fire up your furnace for the winter, be sure and call us for a Precision Tune-Up and Safety check.

If your furnace isn’t working properly, contact us for a service call.

If your heating system is old, worn out, and ready to give up the ghost, call us for an estimate.

ServiceOne is here to heat you up!