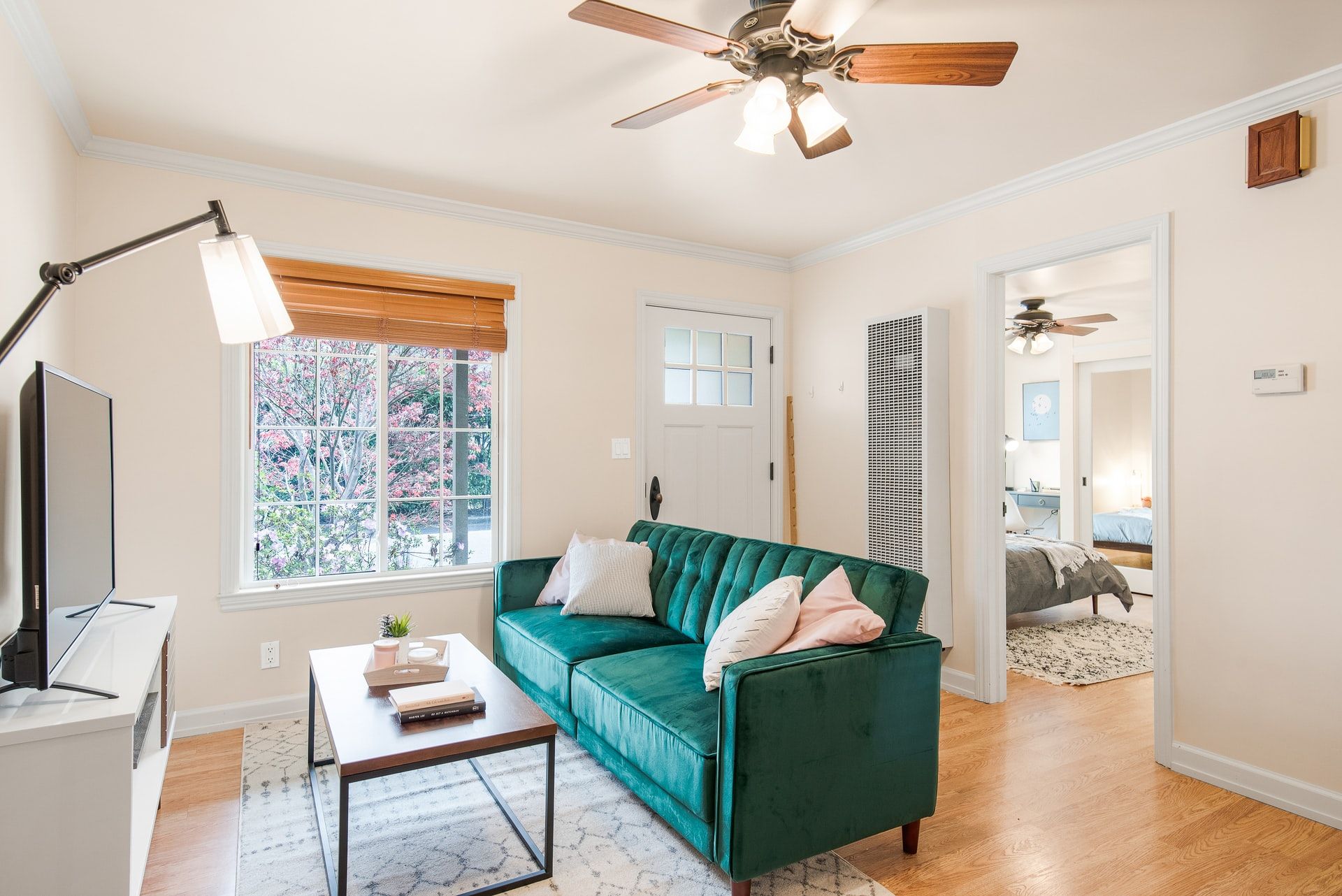 It’s a frequent question we get from customers: “Are ceiling fans actually worth the investment?” Customers sometimes remind me that they’ve got air conditioning installed by ServiceOne, after all, and if they’ve got that, why would they need extra ceiling fans?

Don’t get me wrong.

Air conditioners DO keep rooms cool without the help of ceiling fans. But did you know that your air conditioner works even better WITH ceiling fans? In fact, running a ceiling fan simultaneously can significantly lower your utility costs.

The History of a Proven Idea

Ceiling fans have been around a long, long time. It’s not a secret that moving air makes you feel cool. In fact, in the Roman empire, servants fanned the air with big palm branches, keeping the ruler comfortable even in the worst of a sultry summer.

In India in the 17th Century, ceiling fans were called “punkah” and were made of palm leaves or cloth, hung on the ceiling, and operated with pull cords.

Around the start of the Civil War, ceiling fans were being installed in American buildings and worked off a belt system driven by water or steam power.

In 1882, the ceiling fan system forever changed when Phillip Diehl, a man who worked for the Singer Sewing Machine Company, developed a ceiling-mounted electric fan using a revamped sewing machine motor. Later, he got the idea of adding lights to the fan. Ceiling fans were never the same again.

By the first World War, the two-bladed ceiling fan had evolved into the four-bladed fan.

A century later, most ceiling fans are five-bladed.

Without a doubt, ceiling fans are relatively inexpensive. The average price of a modern ceiling fan ranges from $50 to $300, depending on size, style, and whether it has a light kit on it.

Ceiling fans are worth the investment for these four reasons:

The Aesthetic Appeal of Ceiling Fans

Today’s ceiling fans come in hundreds of styles, in all colors, stained in wood tones, or made of plastic, metal, or polycarbonate. They come in different shapes and sizes. Fans now include energy-efficient, super-bright LED lighting, timers, and thermostat controls.

Nowadays, fans are made to be “wet-rated” or “damp-rated” for use in outdoor situations or places where it may get damp, like laundry rooms, bathrooms, or lanai. Most can be controlled remotely so you no longer even need electrical switches because you can turn them on no matter where you are in the world through an app.

They can be big and obvious, or hung tight to the ceiling, unobtrusively providing extra comfort whenever you need it. And remember how the two-bladed ceiling fan grew into the most common design of a five-bladed fan?

Now, some fans are made with just one blade, angled downward at an 18-degree pitch, so they’re quiet, unobtrusive, aerodynamic, and very, very efficient.

ServiceOne Air Conditioning and Plumbing doesn’t do ceiling fans, but we recognize that they are worth the investment because of how they help lower your energy bills and work with your air conditioning and heating systems.

We’re here to serve you with any air-conditioning, heating, plumbing, or drain-cleaning needs you have. Call us for a quote, to ask a question, or to book an appointment.