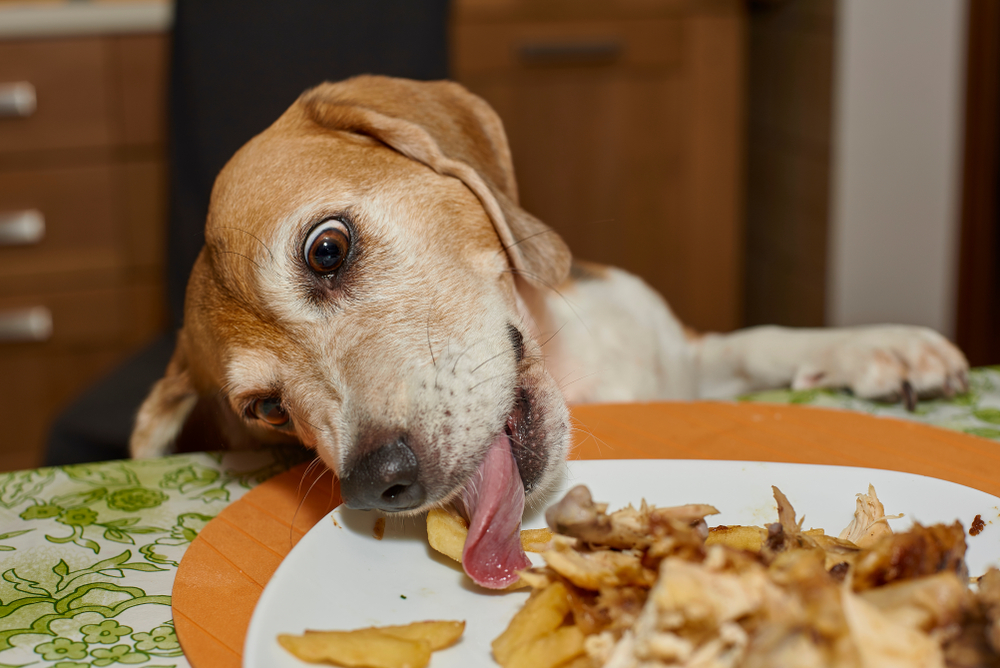 Garbage and food waste have always been a problem.

Almost five hundred years ago in 1654 in New York City, people finally got tired of stepping on nasty stuff when they walked outside. The city passed a law making it illegal to toss trash and food scraps out your front door and windows.

Almost two hundred years after New York City’s law, the city of Charleston, West Virginia, made it illegal to kill vultures. The birds were extremely helpful in getting rid of the city’s garbage.

Some of us let our dogs take care of the food waste!

Luckily, great minds are always working on ways to solve problems, and in the 1930s, a gentleman named John Hammes invented the garbage disposal, and it’s a fascinating story.

Here are 11 fun facts you probably don’t know about your old garbage disposal.

Before the garbage disposal was invented, cities struggled with how to get rid of all that food waste.

When Worcester, Massachusetts purchased the land where an old tavern had been, they made it into the “almshouse,” a “Home Farm,” for poor, mentally ill, and victims of smallpox and other illnesses. That’s where they placed their garbage “dump.”

Seventeen small crews of men with ten trucks or carts picked up garbage two times each week from area homes. They picked up garbage every day from restaurants. Then they delivered it to the Home Farm where thousands of hogs resided.

For a period of sixty years, between 1872 and 1932, Worcester, Massachusetts had a “piggery.” You’ve heard, “This little piggy had roast beef…?” You bet.

Eight thousand pigs ate ten tons of garbage in Worcester every day, helping the city deal inexpensively and effectively with its garbage.

Nowadays, we worry about the methane gas produced in landfills. The piggery at the Home Farm had a different problem. Those pigs would roam into other towns, wallowing in the lakes and streams and polluting the water. The stench was consistent and unavoidable, and neighboring towns complained. Why couldn’t Worcester do like every other town in their area and build an incinerator instead of relying on pigs to eat their garbage?

Eventually, the officials of Worcester gave in, building an incinerator in 1932, but for all the years before, the piggery made money for the city. Not only did it get rid of garbage, but it produced 1000 piglets annually. In one year, the city was able to sell two million pounds of pork!

Fact #2: No one likes taking out the garbage

Taking out the garbage is a universally hated chore. Trash bags can drip. They smell. They must be lifted into the trash bin. In most homes, taking out the trash still is delegated to men.

A contractor turned architect in Racine, Wisconsin hated taking out the trash and wanted to find a way to avoid the chore and help his wife keep her kitchen clean.

John Hammes went to his basement workshop and started designing a gadget that would grind up the food scraps and reduce the number of times he had to take out the trash.

Hammes started working on his project in 1927, working on it six years before he applied for a patent in 1933. Finally, eight years later in 1935, Hammes’ garbage disposal got a patent.

John Hammes, along with his sons Ev and Quentin, founded the Insinkerator Company in 1938.

Fact #3: Everyone wants to take credit for it

General Electric claimed that it had created the first garbage disposal with the release of the “Disposall” in 1935, but the fact remains that it is John Hammes of Insinkerator who owns the patent.

After WWII, a housing boom ensued in the late 1940s and early 1950s. By that time, there were eighteen companies selling some version of the garbage disposal.

With competition from upstart companies trying to sell garbage disposals, Insinkerator knew they had to find a way to stand out. The Vice President of Sales, Bob Cox, worked some great marketing magic. First, he hired a direct sales force. Then he started marketing his product out of PINK station wagons. (Mary Kay Cosmetics Company was not the first to utilize the power of a pink car!)

Insinkerator even advertised in Vogue magazine.

Fact #5: Americans have more garbage disposals than anywhere else in the world

Garbage disposals, created and manufactured in America, are used almost exclusively in the United States.

More than 50% of American households have a garbage disposal.

Less than 6% of households in the United Kingdom have them, and in Canada, a country that ranks at the top of the list of waste generation, less than 3% of homes have garbage disposals.

Fact #6: Garbage disposals are or have been banned in many cities of the world

This is going to sound crazy, but garbage disposals have a history of being banned in many cities.

One prime example is New York City. When the garbage disposal was first introduced, cities had laws on the books that food waste could not be put into the city’s sewer system. They missed the fact that most food waste is at least 70% water, and that by grinding it into small pieces, it could easily be put into the existing sewer infrastructure.

It was a long battle. New York City didn’t lift the ban on garbage disposals until 1997. Consequently, many homes there don’t have them there, and many people consider it a luxury to buy a property that advertises one of its amenities as “a garbage disposal.”

The smart and effective use of garbage disposals is an important tool in reducing the impact of food waste on landfills where scraps produce methane gas, one of the major contributors of greenhouse gas.

Philadelphia, Pennsylvania, is one city that is now requiring garbage disposals on all new construction.

By reducing the amount of food waste with required disposals, Philadelphia plans to reduce its garbage by 19,000 tons annually, saving 1.1 million dollars in waste disposal in the process.

Fact #8: Your garbage disposal may help us create new energy

Imagine this. The food trash we grind up in our garbage disposal gets converted into a slurry.

That slurry goes through a process called anaerobic digestion which takes that waste and converts it into biogas which is used to generate electricity and heat.

That nasty stuff is now powering up our world.

Kind of like a new meaning for “trash to treasure,” isn’t it?

Insinkerator has been in business for more than eighty years. Since the company produced the first garbage disposal, it’s estimated that its disposals alone have kept more than 80 MILLION TONS of food waste out of landfills.

That’s a big deal when you think of the amount of money it takes to transport garbage to landfills, the limited amount of space to place trash for pickup on crowded streets, and the amount of methane gas produced by garbage.

Fact #10: The average lifespan of a garbage disposal is 10 years

Garbage disposals are strong, but they don’t last forever. If you think about the amazing stuff they grind down, day after day, year after year, you’ll begin to see why they might wear down.

You may have shortened the lifespan of your old disposal.

Fact #11: You can save $50 on the installation of a new garbage disposal from ServiceOne Air Conditioning & Plumbing

We only have anecdotal stories, but it seems to us that most garbage disposals break down on the biggest holidays of the year when you have the most company in the house.

When you’re hosting Thanksgiving dinner with a dozen people around your table, and the garbage disposal stops grinding, clogging the sink with horrible stuff…

During October and November of 2022, we are offering you a chance to prepare for the holiday season and stop plumbing emergencies before they happen.

Call us now to schedule the installation of your new garbage disposal and save $50.