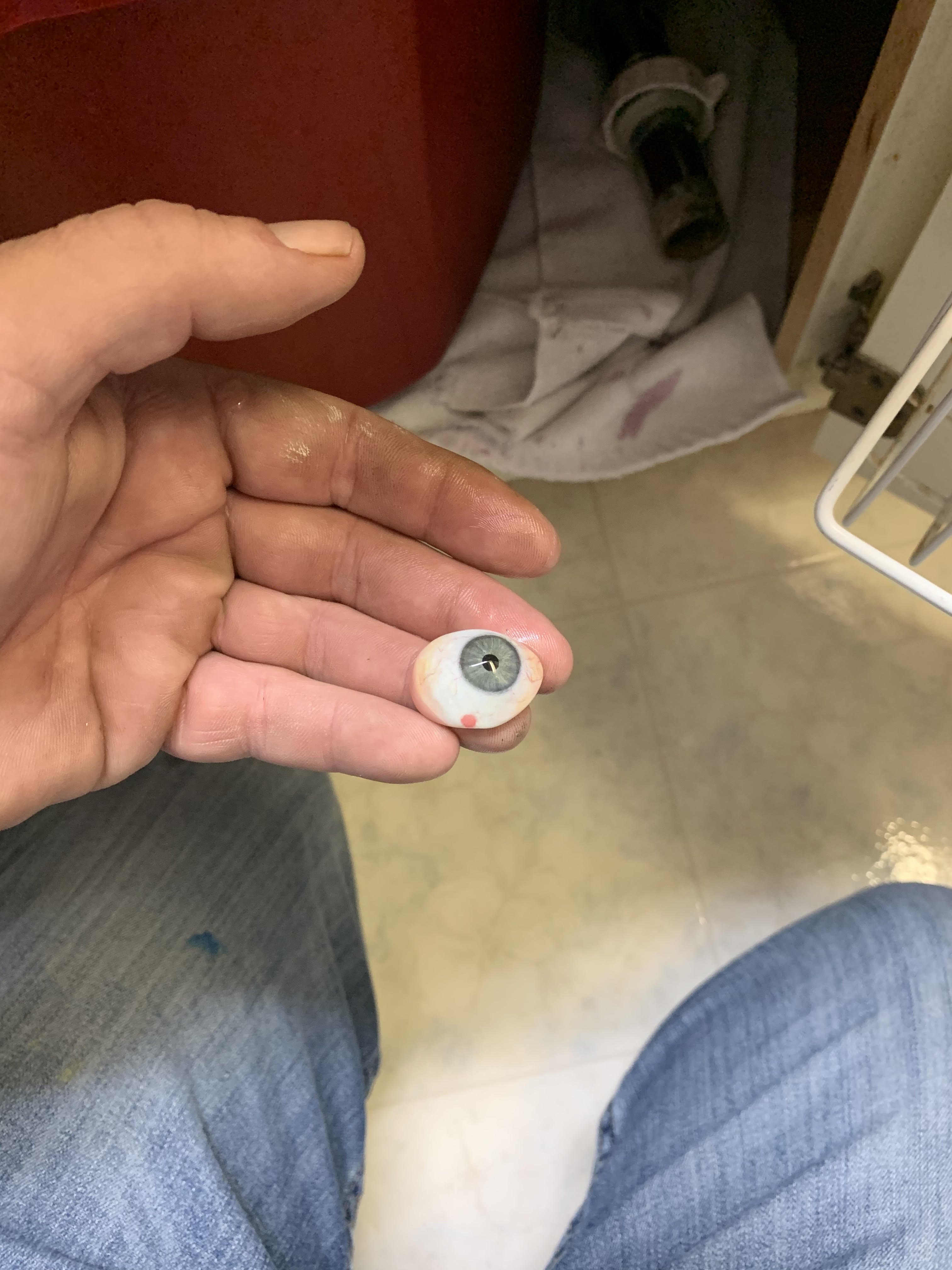 You may think I’m making these stories up just to have a bit of fun for Halloween. But I am not that creative!

Plumbers and techs all across the nation face strange and scary situations each and every day, not just on Halloween. We should definitely be applauding their bravery.

Here are four strange -or really scary – Halloween tales from brave plumbers and techs, including our own Tom Geromanos.

The Strange and Not-So-Scary Tale of the Wandering Eye

Tom Geromanos, our Plumbing Field Manager, has his own special strange tale.

Two years ago, a customer called ServiceOne for help. The customer reported that he had dropped something very valuable and very important to him down the drain.

What could it be? Jewelry? Money? A cell phone? His dentures?

(Believe it or not, we have had multiple calls about all these things.)

But this customer’s lost item was something different.

It was his prosthetic eye.

Luckily, Tom rushed to the customer’s aid and valiantly pursued the wandering eye.

Much to the delight of our customer, Tom retrieved it and returned it in pristine condition!

Tom’s adventure was interesting, but it’s certainly NOT the only strange and scary episode in the life of a plumber or a technician.

Corpse critters under the house:

Hundreds of stories exist from technicians, construction workers, and plumbers who crawl under a house or into a crawl space to fix a broken pipe or vent.

Once in the dirty, dark, enclosed space, they are faced with terrible, almost terrifying experiences when they lay their hand on the skull of a squirrel. Or have a rat run by them. Or roll over onto the corpse of a rotting raccoon!

Bats in the attic:

The corollary to finding corpse critters under the house is to come across bats in the attic!

Florida has thirteen species of bats living in the state. The most common one found in Central Florida is the Southeastern Myotis. This critter is a small brown or gray-furred and exists on mosquitoes and other insects, helping control the prolific bug population here in our area.

Hey, I’m all for mosquito control and I don’t have a phobia about bats, but I do shiver a little bit when one of our guys tells me about surprising bats in an attic, only to have several bats wildly flapping around their heads. (If you’ve ever heard a flying bat up close, you’ll understand the freakish sound of their wing movement.)

Bats can get into tiny cracks or holes and like the darkness of the attic. They are remarkably agile, able to squeeze into the tiniest openings or cracks, and they are notorious for getting into openings around window air conditioners when one of the adjustable flaps is not securely attached.

Worse than critter corpses and boisterous bats is the occurrence of finding a snake in your toilet!

Yep. While it’s NOT a common occurrence, our plumbers have seen snakes in toilets and pipes. 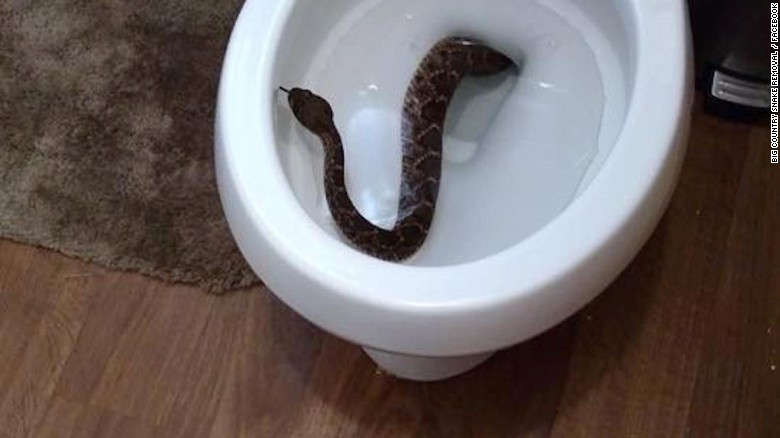 Snakes, like bats, have a role in the environment. They keep the rodent population at bay.

But the benefit of snakes eating mice and rats probably isn’t the first thing you think about if you see one in your toilet!

Snakes love water and they will seek it out. They are capable of getting into a sewer pipe in search of rodents and slithering around until they wind up in your toilet bowl. Sometimes, they have come in through a window or an open garage door, and find their way into your toilet bowl. Sometimes, they are not native snakes, but rather a pet that someone has kept and released nearby.

Snake sightings by plumbers are not surprising. Florida has fifty species of snakes living here in the warm climate. The invasive Burmese Python, not native to Florida, is one of the scariest species, overtaking some areas of the Everglades. A single female Burmese Python can lay 50-100 eggs at one time.

Earlier this year, more than a thousand python hunters gathered. Over the course of a ten-day contest to see which person could capture the most pythons, 231 snakes were captured and killed. The winner got 28 and won a $10,000 prize from the Bergeron Everglades Foundation.

Almost as scary as the number they captured is the size of the serpents.

The biggest snake captured was more than eleven feet long. The hunter who got that one received a $1500 reward.

(Picture of a snake in the toilet)

What to do if your find a snake in your toilet

Put the lid down immediately!

I have to admit I might be too busy running away, but that won’t help the problem.

Put the lid down and put a garbage can or something heavy on it. Get out of the bathroom, and close door.

Then call us after the snake has been removed. We’ll inspect your pipes and run cameras down your toilet to make sure that all openings are properly sealed.

So many more scary stories!

We’ve heard lots of scary stories where homeowners tried to make their own repairs on their air conditioning or plumbing systems and ended up causing more damage and more expense.

There are all kinds of terrible tales about marriage proposals gone wrong when the nervous proposer drops the ring into the sin and it gets caught in the garbage disposal. Or people who’ve somehow lost a dental plate – or even a whole set of dentures in the toilet.

I even heard about an elderly woman who had to call a plumber on Thanksgiving because she didn’t have a garbage disposal and had tried to flush a whole turkey carcass down the toilet!

Don’t be scared. Call us to take care of any frightening situations that you find in your home. ServiceOne can help, and we have brave plumbers and techs who will face any terrifying situation to serve you.