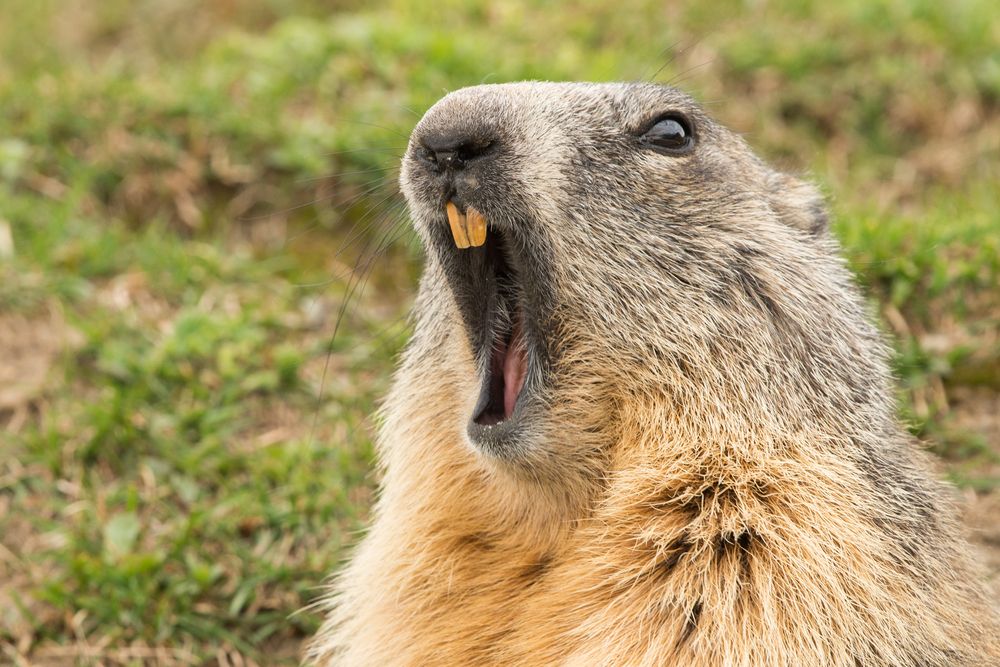 Groundhog Day is a significant holiday in the world of heating and air conditioning.

Don’t get me wrong. It’s not a precise or proven science. But it is a bit of folklore and fun that claims to predict whether you’ll need heating or air conditioning in the next six weeks, and of course, that matters to us!

So to play along, I’m sharing with you twelve really cool facts about Groundhog Day you can’t wait to know!

Punxsutawney Phil has a partner. (Who knew?) Her name is….(wait for it…) PHYLISS. Phyliss is rumored to be a much, much younger critter than Phil, and just one in a long series of younger Phylisses.

Legend has it that Punxsutawney Phil is almost immortal. He’s said to be 136 years old, an age made possible by the fact that he’s a drinker. Well…a drinker, if not of alcohol, of strange and exotic concoctions. Every year he supposedly imbibes a tonic of distilled Arctic ice mixed with the tears of a ruffled grouse. Each annual drinking binge extends Punxsutawney Phil’s life by seven years.

Punxsutawney Phil has his own personal handler. A. J. Dereume makes sure that Phil gets the attention he needs and transports Phil to all his speaking engagements at local schools and nonprofit groups throughout the year.

Other notable groundhogs may resent the attention Punxsutawney Phil gets. The first groundhog to actually make the prediction for the next year is Shubencadie Sam, a resident of Novia Scotia. Phil’s prediction comes an hour later.

Staten Island Chuck, a notorious groundhog in New York City, most known for biting Mayor Bloomberg on the finger, has an 80% accuracy rate in predicting the weather for the upcoming year. (Good ole Punxsutawney only has a 50% accuracy rating.)

The group People for the Ethical Treatment of Animals (PETA) is protesting this year’s Groundhog Day extravaganza in Punxsutawney, Pennsylvania on the grounds that the famous groundhog, Phil, is being abused by “noisy crowds, bright lights and near-constant confinement in a library basement.”

PETA, however, is offering two alternatives to using Phil, the living groundhog, to predict the weather.

They offered to send a persimmon tree to the town because….(and you’re not alone if you didn’t know this!)….the weather can be predicted by looking at the shape of a persimmon seed.

They would be willing to send “a state of the art, animatronic groundhog with artificial intelligence that could accurately predict the weather.” (A quiet dig at Phil’s dismal 50% prognosticating ability, and a belief that a robotic woodchuck would be better than a living creature.)

In 1993, Harold Ramis and Danny Rubin created a movie called Groundhog Day, the story of a cynical weatherman who goes to Punxsutawney, Pennsylvania to report on the annual festivities and gets caught in a time loop, repeating every day, becoming a better person in the process. The movie starred Bill Murray and Andie MacDowell and grossed over $105 million dollars. 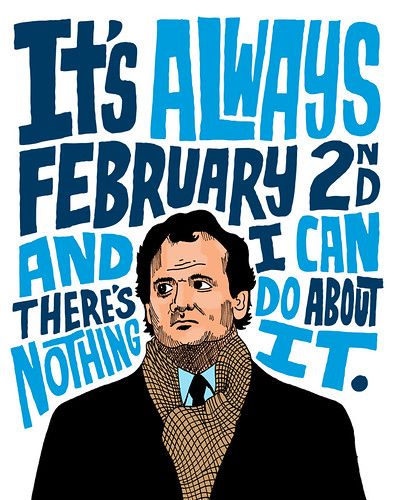 The popularity of the Groundhog Day film has increased the crowd at Punxsutawney Phil’s yearly party to more than 20,000 people. (Punxsutawney, PA has a population of 5770.)

Something about the iconic movie caught on, and the term Groundhog Day made its way into the American vocabulary meaning “monotonous, repetitive, unpleasant, stuck in a rut.”

In the Groundhog Day movie, Bill Murray’s character constantly insults the groundhog, calling him a weather rat and making fun of his ability to predict the weather. No wonder, then, that during the filming, Murray was bitten twice by the groundhog. Severely. Rabies shots were required.

Groundhogs have more common names than “Punxsutawney Phil” and “Shubencadie Sam,” like the simple “Chuck,” or the less flattering groundpig, whistlepig, and thickwood badger. Many names exist for the creature common throughout the upper Midwest, the Eastern coast, and most of Canada: “marmot, monax, moonack, weenusk, red monk, land beaver, and, among French Canadians in eastern Canada, “siffleux.”

If you think it’s strange that so much attention is given to a groundhog’s ability to predict the weather, maybe you should consider how important the weather is to us. The crazy cultural tradition of Groundhog Day has been going on for 135 years! It started in Punxsutawney, Pennsylvania in 1887 and shows no signs of stopping.

Yep. It’s Groundhog Day again. The good news is that we are ready to take care of you. It doesn’t matter which way those goofy groundhogs swing. Whether it’s a prediction of warm weather or cold weather for the next six weeks, we’re here to help you with your heating or your air conditioning, whichever you need. Call us.